If you have a question or comment, let us know. We will get back with you within 24 hours.

YARDLEY, PA – Ziamatic Corp. (Zico) presents the newest addition to their popular QUIC-MOUNT line of extrication tool mounting solutions: Model QM-ET-MVE. Model QM-ET-MVE is designed to safely and securely support the full weight of a battery-powered cutter tool upright in the compartment and boasts more than ten (10)  independently adjustable components, including tilt angle, for a […] 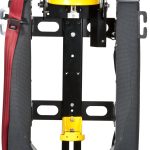 Ziamatic Corp. is now offering the first ever electric hands-free SCBA bracket. The bracket is electronically controlled (12v switched) eliminating the need for a pull release. Once at the scene simply stand up. No tugging needed. The bracket can be controlled by the parking brake, toggle switch, or any other 12v switched source. The Electric […] 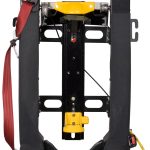 Yardley, PA August 20, 2008 – Ziamatic Corp. is now offering a new style of SCBA containment. The Rol-Loc, model QM-ROLO-SA, has been tested to well over 9 g’s and complies with the 2009 edition of NFPA 1901 for use inside of crew cabs. It can be adjusted to fit any size bottle or brand SCBA […] 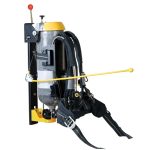 Ziamatic Corp.  released a new mechanical SCBA restraint bracket. The Quic-Lock, model QLM-U, fits all SCBAs currently on the market at the time of its design. The bracket has been dynamically tested and held to over 10 g’s. The bracket features an easy to use release mechanism. One pull on the release cord and the […] 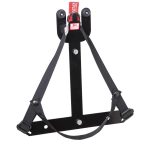 Yardley, PA August 20, 2008 – Ziamatic Corp. is now offering a helmet holder. Zico’s helmet holder, model UHH-1, has been tested to 9 g’s and complies with the 2009 edition of NFPA 1901 for use inside of crew cabs. It holds both traditional and contemporary style helmets without any adjustment needed. To secure the helmet, […]